The first weekend of September once again marked the heritage weekend in Ipswich and the surrounding area, where many of the buildings we take for granted all year round or just don't know exist, open their doors for us to have nose around. You may have seen my blog from last year when we spent the day in the town centre.  As we were so busy this year, we decided that we could only spend a short time, a Sunday afternoon, exploring and decided on visiting Freston Tower and Woolverstone Hall which are both just outside the county town and down the River Orwell. 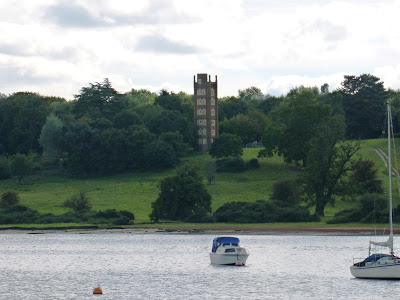 View of Freston Tower from the River

Through dendochronology it has been found that Freston Tower was built between 1578 and 1579 by a local merchant Thomas Gooding.  The purpose of the building is unclear although there are many theories including; a leisure house for his daughter, where she could participate in six different pass times (one for each floor) including astronomy from the top floor, a lookout tower against pirates, part of a pleasure garden and also, that it was built especially for the visit of Queen Elizabeth I's visit to Ipswich in 1579.  However, the most likely purpose for the building was that it was a folly (built entirely for decoration and no specific purpose), if so, it would have been one of the first in the country. 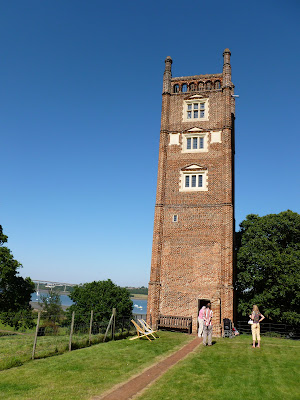 There were quite a few visitors, so we had to wait to enter as it is quite a small building with many stairs but there were volunteers on the ground floor who explained the history of the building and answered questions while we were waiting. Unfortunately, I can't remember the order of the floors as I had to take a quick snap when there was no-one around, which was quite difficult, but here are some pictures in random order. 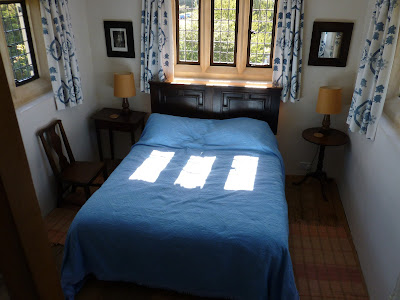 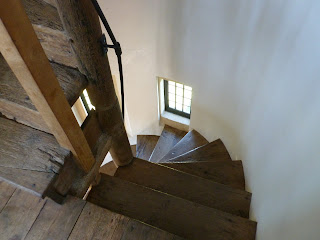 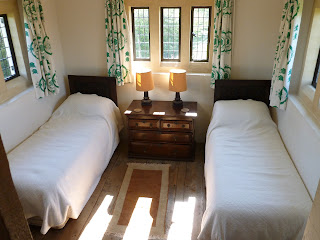 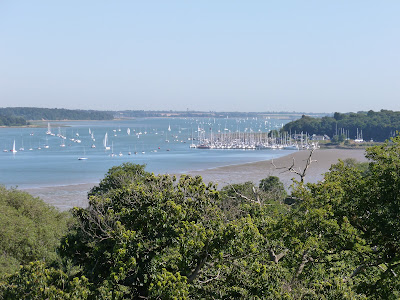 View from the Top looking towards Felixstowe 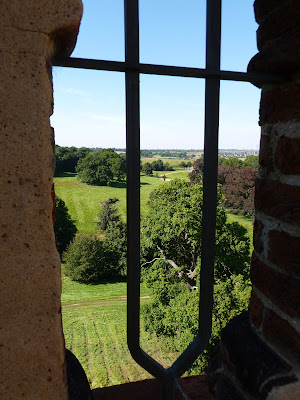 View from the Top looking towards Ipswich 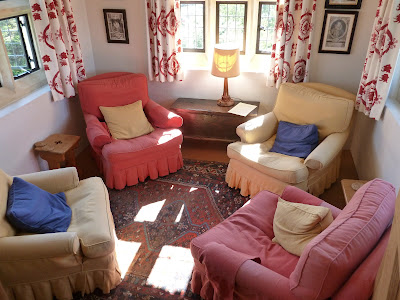 
The Tower has been restored by the Landmark Trust and is available to let for holidays. It really is a charming, quaint and unusual place to stay, as you can see, is it has everything you need for a holiday. 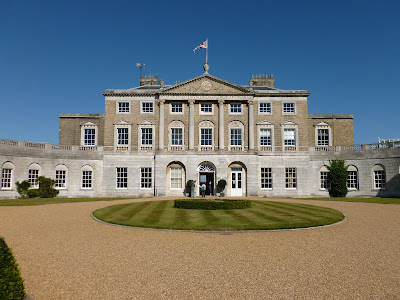 Woolverstone Hall was built in 1776 for William Berners, a property developer from London, who requested it be built in a modern Palladian design. The house passed down to his son upon his death who built an obelisk in honour of his father.  The obelisk was burnt down by fire in 1943 and was so badly damaged that it was demolished using explosives.

The building remained in the possession of the Berners family until was taken over by Oxford University in 1937 and where it stayed empty until the War Office took it over in 1939. After the war, London County Council leased the Hall in order to re-house the London Nautical School which became Woolverstone Boys Boarding School in 1959 and which closed in 1990.

Ipswich High School was relocated to Woolverstone Hall in 1992 and is still situated there today. 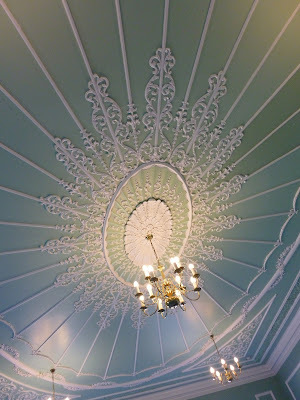 The Beautiful Ceiling in the Study


We were a little concerned to find this message on the door to the entrance to the underground passageways.  It reads:
It's a cruel, cruel world to face on your own,
Flesh turns to dust, as to dust turns bone,
Was it really that wise to come here ALONE? 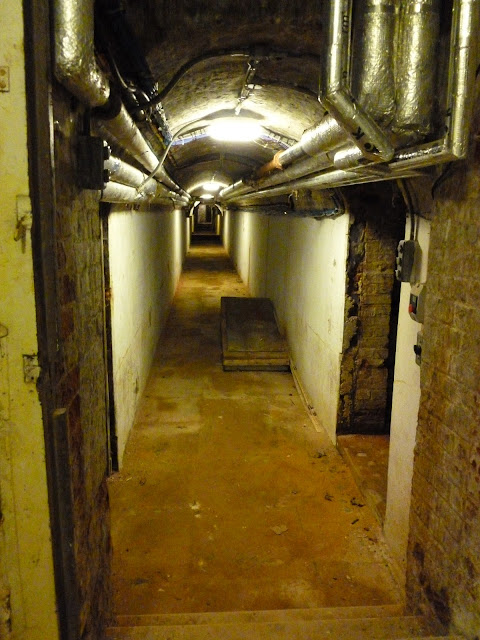 Err yes! And it was rather spooky!


There were lots of tunnels and rooms down there 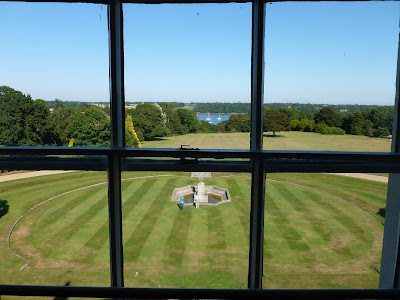 View from the first floor window 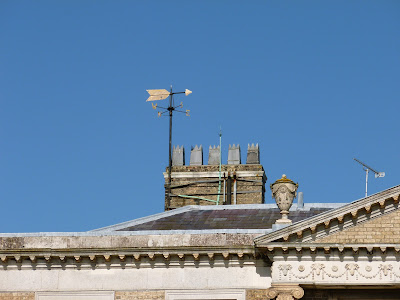 One of the most remarkable things that we saw was the weather vane, not unusual in itself, as you can see here, until you see other part of the feature. 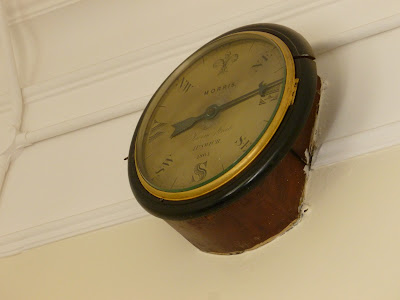 Downstairs in one of the rooms, which is now used as an office, is this dial which shows you the wind direction without you having to go outside. It may be totally unique. Fascinating!

Incidentally, Freston Tower was once owned by the Berners Estate.


We ended our tour with a visit to the popular and famous 'Butt and Oyster' and a pint of real ale.  It's a lovely old building with lots of history and it's always very busy, but very pleasant for a drink or some food. 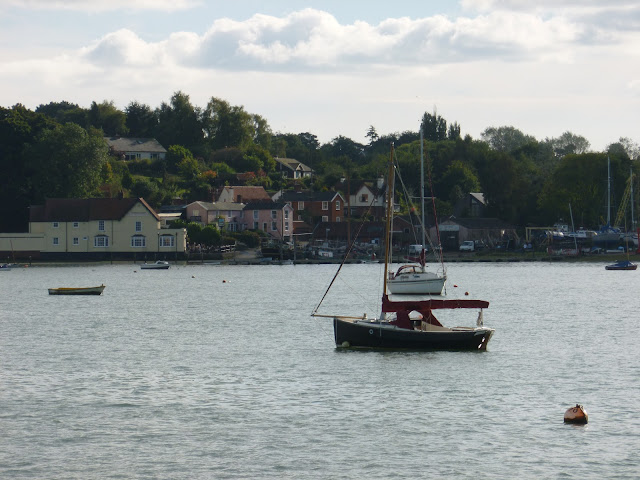 I had a quick play with the black and white and sepia buttons on my camera... 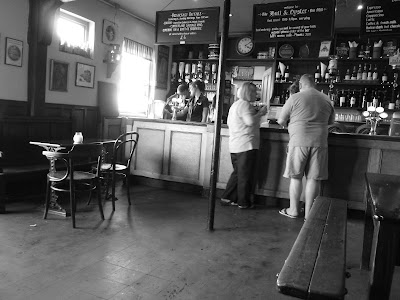 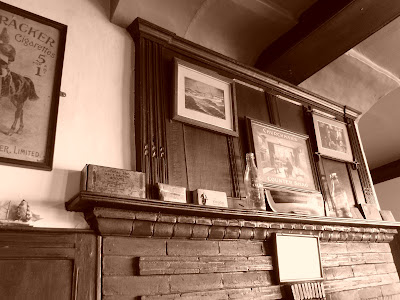 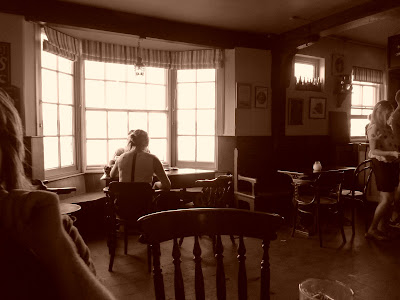